Hailing from the Outaouais region of Quebec, Stacy graduated with a BA (Hons.) in Philosophy from Queen’s in 1996. Progressing though institutional advancement and management roles at Queen’s University (2000-2010), OCAD University (2011-2017), and The 519 (2017-2022), Stacy brings to CFKA expertise in philanthropic strategy and operations, campaign management, annual giving, major giving, corporate and community engagement, and volunteer management.

Andrew grew up in Kingston and started working from a young age at his family’s flower shop. His educational background includes an Advanced Accounting Diploma from St. Lawrence College and a Bachelor of Business Administration Degree from Laurentian University (via SLC). He has also completed certificates in board governance.

During his time at SLC, he was elected to the Student Association Board of Directors and developed a passion for student advocacy and student affairs at SLC. Afterwards he became Manager of Student Affairs which included monitoring the SA’s budget and finances, supporting students clubs & organizations, and advocating on behalf of students on numerous committees. He also served a term as a director on the St. Lawrence College Board of Governors. Andrew is currently the treasurer with the St. Lawrence Youth Association.

After a few years in working for a private company, Andrew is excited to be back in the not-for-profit sector. In his spare time Andrew enjoys curling, photography, camping, hiking, kayaking, and geocaching.

Heather joins CFKA from Partners in Mission Food Bank, where she has been serving as Volunteer & Donor Coordinator.

Previously, Heather was Manager, Volunteer Programs at the Ottawa Network for Education,

Nicole joined CFKA from the City of Kingston, where she was Facilities Booking & Event Coordinator.

Nicole graduated from Brock University with a Bachelor of Recreation and Leisure Studies, specializing in Community Recreation. 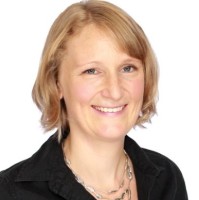 Bridget joined us from KEYS, where she was Rise Business Advisor, supporting entrepreneurs in the Kingston area who identify as having a history of mental health or addiction challenges.

Previously at KEYS, Bridget was Mentorship Partnership Coordinator, where she co-created and launched a new program matching skilled newcomers with local professionals for mentoring and networking purposes. She facilitated workshops, marketed the program, and recruited volunteers and community supporters. She was also Program Coordinator, Professional Internship for Newcomers at KEYS where she co-created and launched an innovative program combining paid internships for skilled newcomers and workplace mentoring and intercultural intelligence training.

As the Dissemination Project Coordinator with L’Abri en Ville in Montreal, she coordinated the committee responsible for disseminating the L’Abri en Ville model of community-supported housing for people with mental illness, creating new grassroots organizations in Ontario and Quebec and supported these groups once they were established.

Bridget earned a BA Honours in English and a Graduate Diploma in Community Economic Development from Concordia University, and a Master of Science in Evidence Based Social Intervention from University of Oxford.