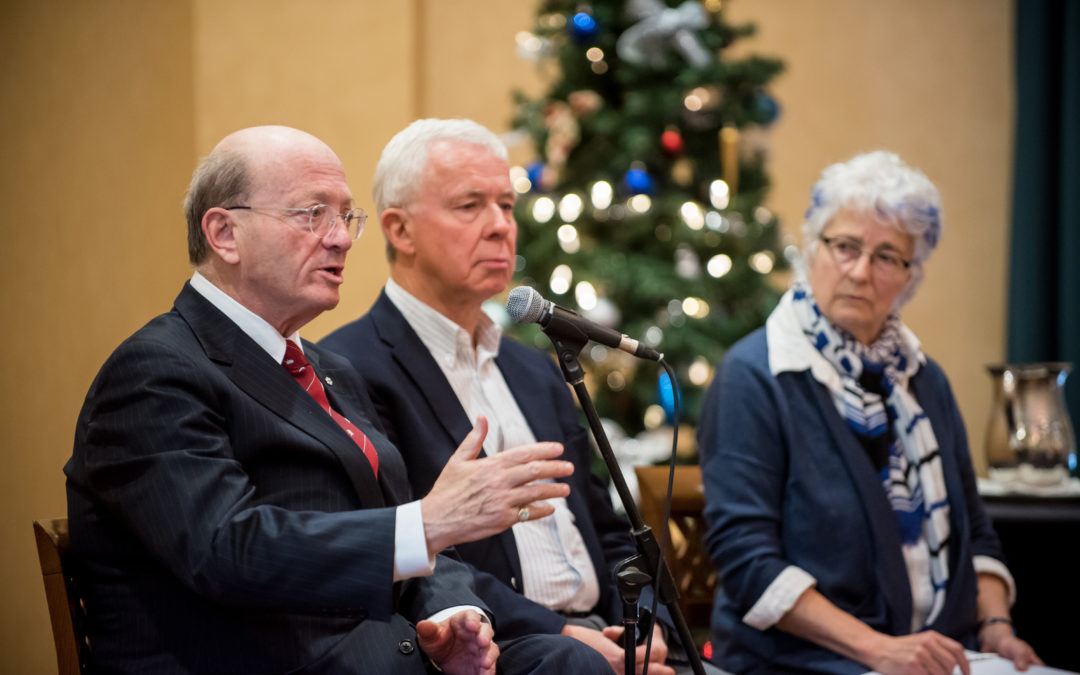 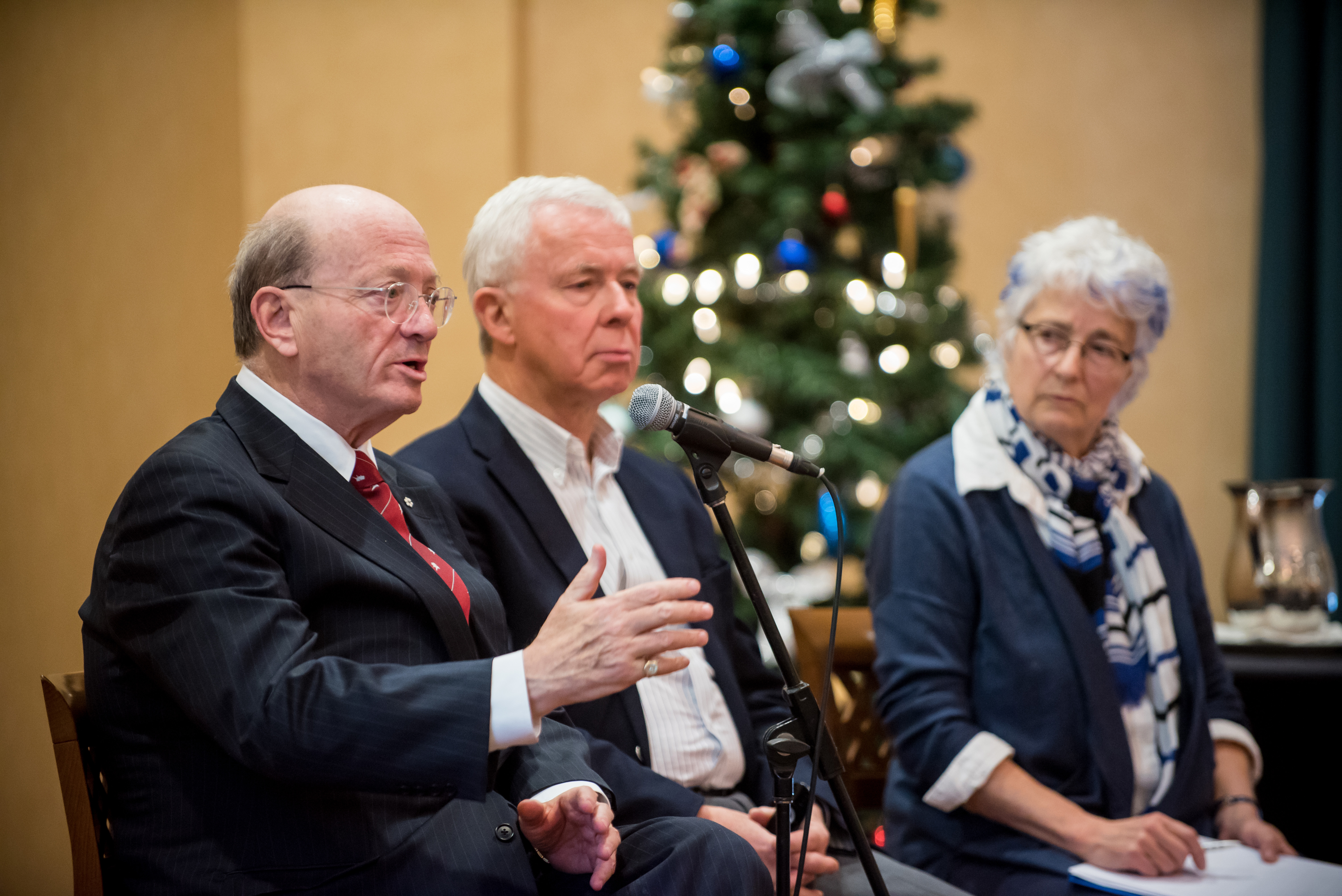 “While the concept of a basic income for Canadians is not new, the basic principle has remained the same: to eliminate poverty by giving people money.”

As part of its ongoing Speaker Series, the Foundation hosted a luncheon at which three Kingstonians described their involvement in building a better income security system for Canada.   While the concept of a basic income for Canadians is not new, and has been variously referred to over the years as a guaranteed annual income, negative income tax or minimum income, the basic principle has remained the same:  to eliminate poverty by giving people money.

Toni Pickard, retired Queen’s law professor, co-founded the Kingston Action Group for a Basic Income Guarantee (BIG) which is part of the Basic Income Canada Network.  She described local efforts to ensure that all Canadians have a guaranteed livable income that will be universally available, adequate to meet basic needs, provided directly to recipients and will be part of a broader social support system.  More information on BIG can be found at http://www.basicincomecanada.org).  Professor Picard also noted that Kingston City Council was the first elected body in North America to endorse the concept of guaranteed income in December 2015.

Hugh Segal, who has had a distinguished career in the public, private, academic and not-for-profit sectors, was invited by the government to develop and submit a discussion paper on income security to the Government of Ontario.  His discussion paper, titled Finding a Better Way:  A Basic Income Pilot Project for Ontario, released last month, includes a plan for a three year pilot project.  Three pilot sites are recommended: one in Northern Ontario, one in southern Ontario and one to be chosen and planned in close collaboration with First Nations communities.  The discussion paper is available at www.ontario.ca/page/finding-better-way-basic-income-pilot-project-ontario.

George Thomson, Senior Director of the National Judicial Reform Institute and a former Provincial Court Judge, currently chairs a provincial working group on Income Security Reform.  The working group is tasked with developing a new income security system based on the principles of fairness, adequacy and simplicity.  Part of its process is to work with Indigenous partners to develop a meaningful process for collaborative engagement.   They expect to submit a roadmap for income security reform by the summer of 2017 including a fully costed, multi-year implementation plan.

Based on sold-out attendance and participation, the presentations were timely and a welcome opportunity to learn more about basic income security initiatives in Ontario.

For those who were unable to attend, but interested in learning more, the session was recorded by COGECOTV and should be broadcast in January.  We’ll share details when we have them.

Want to have your say? A public consultation on the proposed pilot is currently underway until January 31st.  There are three ways to participate: