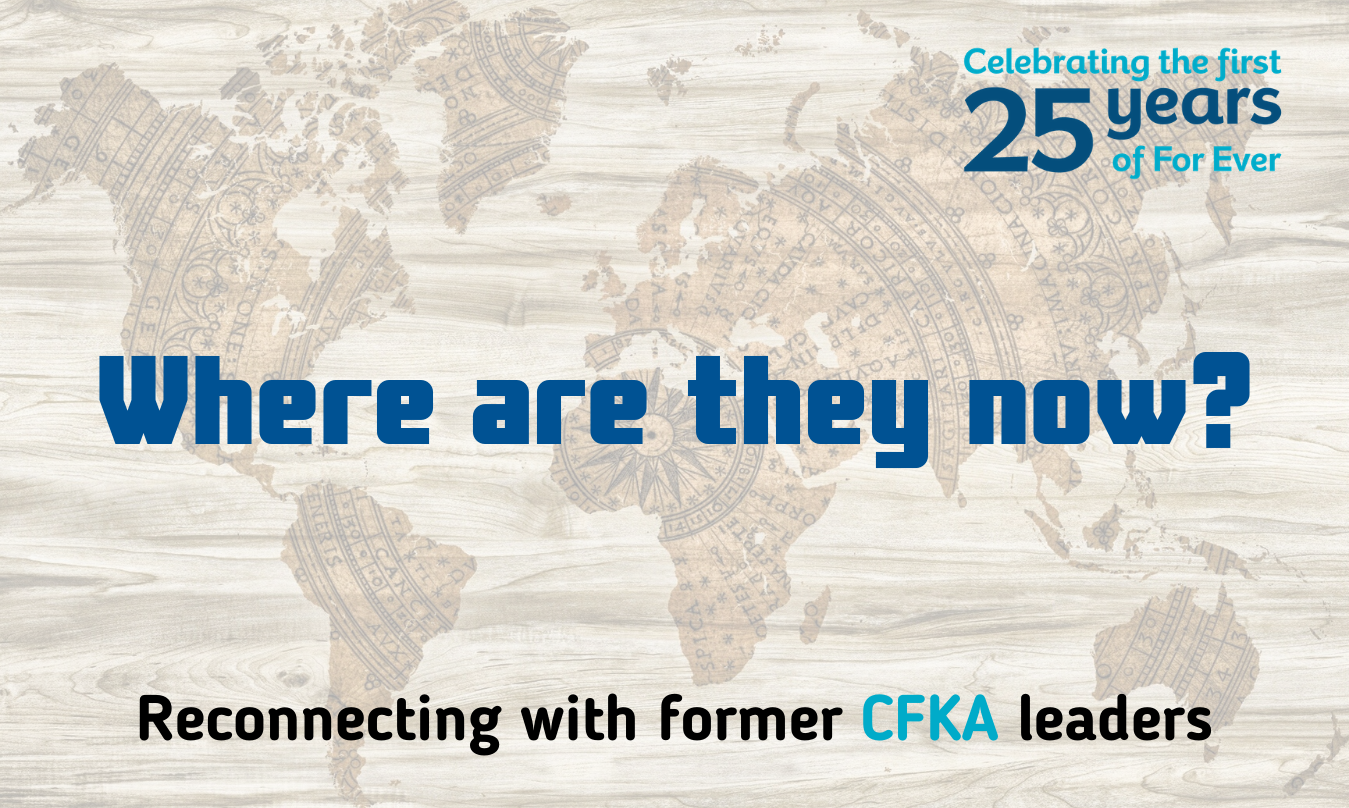 In this ‘where are they now’ piece, we hear from Glenn Stresman, who served as the Foundation’s Executive Director (ED) from 2004 to 2009.

During my tenure as the ED at the Foundation, Regina Rosen and I would often talk about why so many positive opportunities came to the Community Foundation. Regina advocated for synchronicity as the reason for our success. She saw many individuals and groups with similar goals that we could work in partnership with for the greater good of the Kingston and area community.

I can see many instances that prove Regina’s point.  When the Community Foundation was looking for a signature event to celebrate its 10th anniversary and the community was calling for a Tragically Hip concert in Kingston, we came together with the City, RMC, and CFB Kingston to host the “Across the Causeway” concert in September, 2004, with 20,000 fans attending, all celebrating The Hip’s musical genius. Through the concert’s success, the CFKA Tragically Hip Community Fund was born. 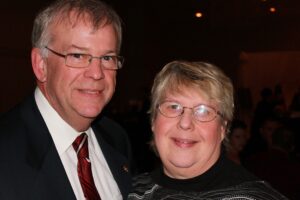 The Zal and Rose Breakfast Fund came about because Rose Richardson was looking for a legacy to celebrate the life of her partner, Zal Yanovsky. At the same time, the Community Foundation wanted to support food security for children in the greater Kingston area. We came together to sponsor the annual breakfast at Chez Piggy in support of the Zal Yanovsky Fund. When Rose passed away, her daughter, Zoe, renamed it the Zal and Rose Breakfast Fund to celebrate the lives of both her parents.

While ideas might be synchronistic, they won’t actually merge unless there is a bridge between them. Foundation board members became the bridges that allowed these partnerships to flourish. Regina Rosen, Eveline Flint, Judith Mackenzie, and Michael Greenwood were key Foundation people for Across the Causeway. Virginia Gordon made the Zal and Rose Fund happen at the Foundation. Mary-Alice Thompson and Lin Good, along with Tim and Linda Beattie, worked together for the Stark Family Fund. The list goes on… the Community Foundation is deeply indebted to its board members – past and present-for our many successes.

Looking back, so many additional projects come to mind: the 10th Anniversary Gala where we presented Peter Aykroyd with the Foundation’s first Medal of Recognition, the environmental projects (we planted trees on the day that Kingston set a record for the most rainfall in a 24-hour period), and our Youth Advisory Council (YAC) with its mini-grant program.

There are so many people to commend for the Foundation’s success in those years: Honorary Life Members Michael Davies, Regina Rosen, and Eveline Flint; the three board chairs that I worked with: Regina Rosen, Judith Mackenzie, and Bob Pritchard; the many board members and the staff who worked with me, including Jason Wagar, who went on to work at the Toronto Community Foundation.

What about serendipity? In 2009, just when my wife Debbie and I were thinking about retiring and moving to Windsor to be with our son, daughter-in-law and grandsons, I received a phone call letting me know that the Executive Director’s position at the Windsor Community Foundation would be available. After five years as their Executive Director, I retired in December of 2014. Debbie and I continue to live in LaSalle enjoying time with family and friends.

A note from our current ED:  I smiled when I read that Glenn titled his piece “Synchronicity and Serendipity”. They must be part of the ‘magic’ of the Community Foundation because I continue to see them in the successes of the Foundation today. Gayle Barr (current Board Chair) noted that our journey of learning about and raising community awareness of Adverse Childhood Experiences (ACEs) was “a combination of good planning and serendipity”. As a Foundation, we will continue to be open and curious about new ideas – to watch for moments of synchronicity and serendipity. We are committed to working with others to make our community healthy, vibrant and caring.